Life Under The Knife

Hello, is it fun you're looking for?

I suppose I'd better explain myself before things get weird.

Last year I was in hospital for over 3 months. My Dad visited me every day with coffee and cakes (thank you Dad)!!!. We were chatting one day when I said "Do you remember people telling Mam that she should write a book?" ( sadly she took the stairway to heaven 3 years ago).
I said to my Dad "Can you imagine the book we could have written together?" You see the condition that we both suffer from is called Neurofibromatosis type 2 (NF2). We were both in and out of hospital pretty much all of our lives.

I was thinking to myself that I don't have enough for a book, but maybe a blog. The craziest things happen to me and around me. What's one thing I do have? Stories so crazy, they'd make you question reality.
I was pretty much completely blind, so I had nothing to do but think. I tried to remember the 20 years worth of stories and I have a memory like a giant sieve!!. Thankfully most of the really funny stuff happened in the last 5 years or so. Trying to remember stuff was like throwing darts blindfolded!!

When I had somebody with me, I asked them to take down a few notes. Some of the things I asked them to write down had them very confused! "What is a shotgun shit?!"
Word got around the ward that I was doing a kind of book/blog thing. I thought to myself bloody hell stop telling everyone or everyone will be playing it so safe that the funny stuff would stop happening!

When I came home, I started putting my stories together in a glamorous shiny notebook! Completely by chance my stories were parodies of songs. I could hear until I was 13 so I knew a lot of music.  You will notice a lot of puns - I love puns! I'm blind and deaf and am thoroughly enjoying suffering  from a crazed personality so I needed help with all of these stories and that is where my sister from another mister comes in. It's like we have the same brain or something. We like the same things and always thinking the same thing, maybe that's what NF2 is - evolution trying to find a way for humans to develop sixth senses like telepathy. WE both really like the song Under the Sea from the little mermaid. One day she said to me you should name one of your stories from under the sea but I couldn't think of anywhere it would fit. I thought of under the knife then I thought Oh my God I should call the blog Life Under The Knife! I have had 42 surgeries mostly brain and spine.  Its perfect! I'll try to keep it semi-clean.

Young Girl Get Offa My Ward

Where to start, where to start. This blog won't be in chronological order not with my memory! But I do think the best place to start is the very beginning. Before leaving for the hospital, I threw my arms around my mam and said I bib you (I love you) My mam was diagnosed with NF2 and had her surgeries when I was 18months old. He first brain surgery which left her deaf was 20 hours long. Her second surgery wasn't much shorter She was in hospital for a few months. So there she was really going through it physically lost hearing, plunged into a world of silence and missing her baby.

Hospital were even more strict about children visiting back in 1985. My dad used to smuggle me in under his coat hidden behind a bunch of flowers. As he walked along  I would be saying  fleurs fleurs! Dad tried to keep my mouth shut thinking zip it zip it! people must have thought he had a really strange sounding FART

On the ward they pulled the curtains around my mams bed and other patients tried to keep the staff busy and someone kept lookout for the matron. At one point I toddled out to the middle of the ward and came face to knees with a nurse. I looked up and saw a very cross looking matron with arms folded. As I looked up, I gave her a huge smile. She waved her hand and said "Oh ok I didn't
see you".

I think they handcuffed me to my mothers bed after that!
Young girl get offa my ward Its not visiting time Oh it's wrong girl, you're much too young girl You're just a baby undisguised.

I'm feeling in a sharing-creativity mood! How about some of my favourite craft room ideas from Pinterest? 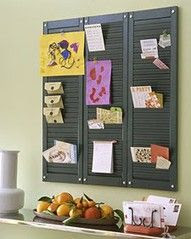 Using shutters as a noticeboard or for keeping papers etc?
Just genius and I wish I had a shutter going spare!
Source

A new use for that old spice rack!
Wishing I had one of these too....
Source 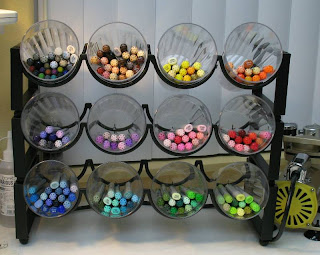 Lots of little bottles? if you have a metal serving tray or heck,
anything metal... attach it to the underside of a shelf and pop
some magnets on the bases of the bottles. Great if storage space
is very limited
Source

The great thing about these ideas is, you may well be able to get your hands on the raw materials in a euro (dollar) store too. 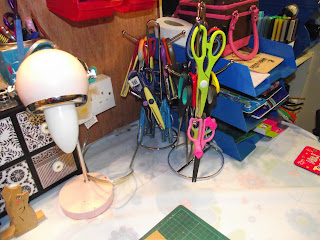 Ever played those games on teams on etsy? It's usually more of
a seller activity but I wouldn't be surprised if a few browsers
and shoppers joined in!
I was just involved in a very busy weekend - The Etsy Ireland team
and the Promo Team De (German team) joined forces for a 2 day
treasury blitz creating treasuries that included a 50/50 split of
goodies from each team.

Between us we created a whopping 206 gorgeous treasuries.

It was quite the crazy weekend, I created 35 of those treasuries
myself so have no desire to make another for a while yet!
It was a nice way to share european shops - to promote each other
and to generally have a good time. Good - but exhausting time!

So, I created 2 Polyvore sets featuring some of my favourites
goodies from 2 of my own treasuries:

get happy by petra-madill featuring a heart pendant

Email ThisBlogThis!Share to TwitterShare to FacebookShare to Pinterest
Labels: teams

How do you get going when you need to start work on something? I find that it's really hard to start (due to procrastination etc!) but once I do start and have a clear goal in mind i'm like a steam train ploughing ahead 'til it's done. I've always worked like that, I rarely have a project I like to do over time. No, it has to be now!

That's probably why my artwork is pretty abstract and I suppose you might call it furious - I like to come to the conclusion (the picture in my head) while i'm still excited about a project.
It might well stem from knowing myself well. I know I can lose interest and lose my passion for things that seem to have no end in sight. That said, I have completed some projects over time and happily worked like that. I set daily goals to meet and that worked out nicely. Generally though - steam train!

I use my older paintings to demonstrate what I mean: 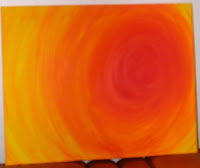 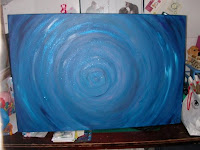 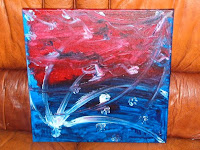 I feel my steam train work nature is perhaps what holds me back in some ways but it is also very much a part of my success. I have a suspicion that good ol' mum would call it 'bloody minded stubborness'. That's mums for you!
Posted by surgical girl at 12:10 PM No comments: 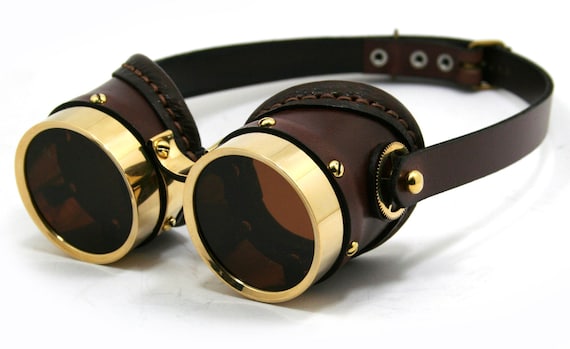 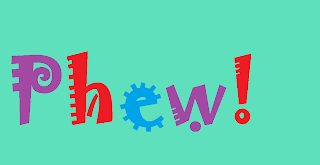 So after the mucho fuss in blog-land in recent months it seems that google friend connect hasn't retired - yet. The whole issue of google retiring google reader and several other products really threw pretty much every blogger. Will GFC retire, will it not?

The truth of the matter is that the GFC homepage is no longer available - that's this one - as you can see you get an error message from google +.
One thing we do know is that google is cleaning house and streamlining their products. We also know that GFC was available on non-blogger sites until 2011. So it's a pretty good guess that GFC will retire at some point. The only question is when? and will google bring out an alternative?

The whole thing did indeed confuse the daylights out of me and pretty much every blogger.

So I have come to the conclusion that the extra methods of following my blog - which I added when this all came to light - can't do any harm. They could in fact help, if and when GFC does retire.

The only thing I can add is... my own blog subscription reading list did disappear from my blogger.com dashboard for a few days after July 1st. My reading list has returned but I found that I preferred reading the blogs I follow on bloglovin.com
as the sample texts and pictures from each post is bigger and laid out in a pleasing way. Plus I get the daily email which includes new blog posts for the day. I like that!

Email ThisBlogThis!Share to TwitterShare to FacebookShare to Pinterest
Labels: gfc

A bit of a (bracelet) stretch

It was a great start to the week - despite being studio-less I managed to create! Although I am back to the good ol' 'moving boxes and sorting through piles' of years gone by. I said a silent prayer that my bed is electric so I could raise it to waist height, save my back some ache. I'm a part of the badge wearing ladies-over-a-certain-age (i.e: anyone who is over 18!)

A friend was hoping to make stretchy bracelets for a couple of little girls so I offered to show her how. It was a fun few hours and definitely a good way to spend a morning!

So here we go: the dog charms were supplied by the bracelet seeking friend. The bracelet on the left (blue and red) was one I created as a sample to refer to. 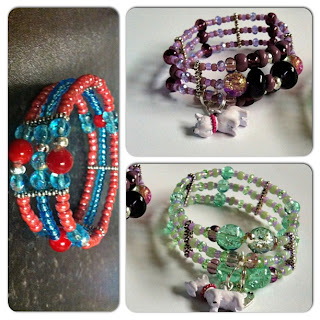 Posted by surgical girl at 3:02 PM No comments: 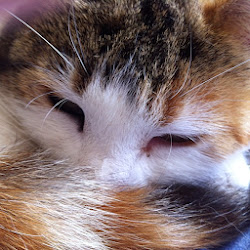 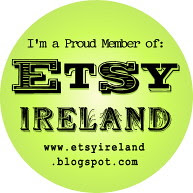